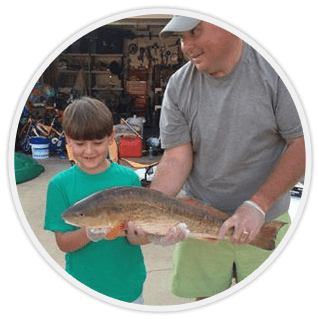 Captain Chad Palmer, originally from Union Springs, Alabama, moved to the Mobile area in 2004 after years on the road as a blimp pilot. As that job might suggest, it did not allow much time home. The last part of that long flying career was spent overseas as a contract pilot for the military, allowing for even less time home doing he thing he loves the most: fishing. He has been fishing most of his life and now enjoys taking families and groups on exciting and rewarding fishing trips throughout the area.